Going Pro From Your Home Studio 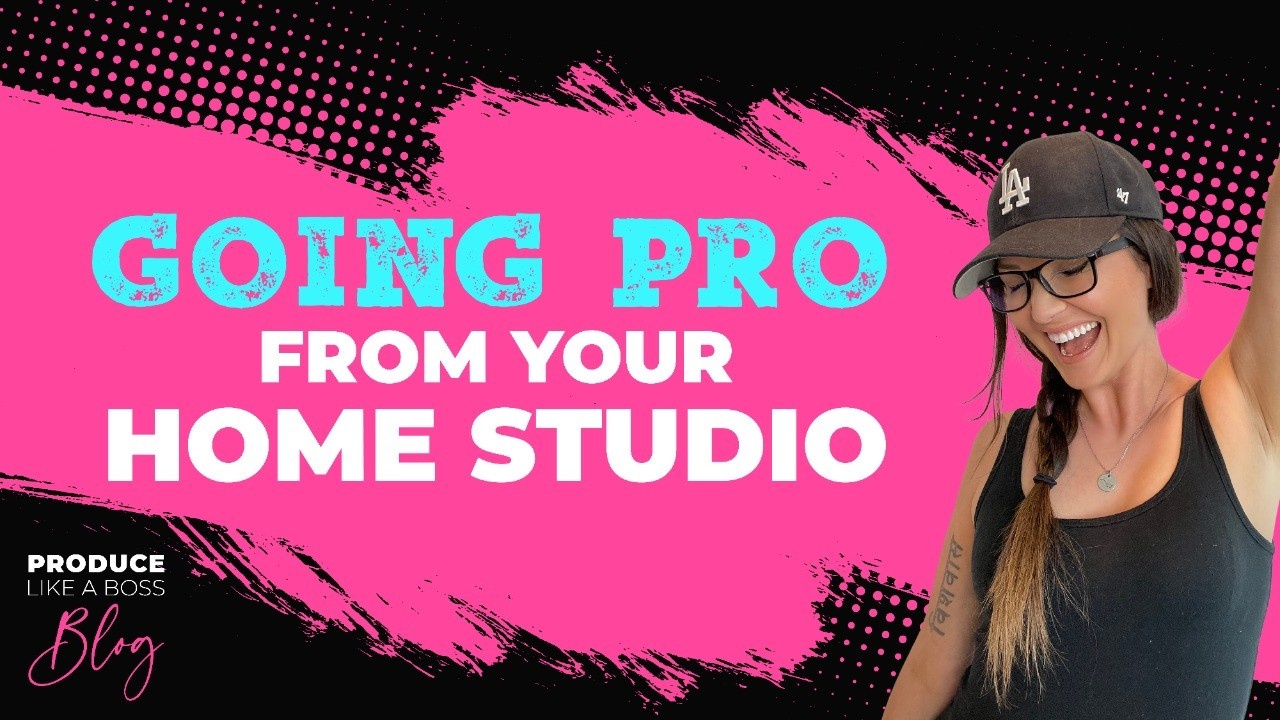 There’s a reason why I’m so passionate about teaching artists how to produce all on their own stuff. It’s so you can take your musical destiny into your own hands, create opportunities, and dominate the music business!

I remember when I first moved to Nashville, I really wanted a major publishing deal -- that was my starry, doe-eyed dream -- to write for major artists. After a few years of hustling, writing 2-3 songs a day, doing writers’ rounds, and facing countless rejections from publishers & labels, I decided I was done waiting for someone to give me frickin’ permission to not only release music but to write it and monetize it. I knew I had the chops, I knew my songwriting was good, I just needed to widen my tunnel vision from “a major deal is the only definition of success” to “how else can I make money doing this?”

I decided to stop chasing the Nashville dream, as I knew it, start working on my production chops and start looking for opportunities on the online marketplace to make some money. And wouldn’t ya know, there were tons of them! Not only did I start making money, I literally went full time and beyond by simply singing on other people’s demos, producing tracks, and toplining on DJ’s tracks -- which is getting paid to write songs!

So let’s get this straight, I went from moving to Nashville with my biggest dream being that a major publisher would pay me to write songs (which is actually just a loan, like a record deal, it’s money you have to pay back) to get paid money to write songs that are MINE & I don’t OWE anything back to anybody because I built this business by learning to produce & record myself.

And that’s what I mean by Produce Like a Boss.  It’s about taking your career into your own hands.

I just landed a client who runs a production company in another country who’s hiring me to write 15 songs a month, reaching towards a final goal of completing 500 songs. That is better than any pub deal I EVER could have wanted or even a major placement. I’m getting upfront money, backend money, and I owe NOTHING in return except for the service I am providing as a professional.

Once you have your own studio set up, not only can you produce and release your own music, you can now function as a business where other people can hire you for your skills. So, even if your production skills aren’t crazy good at first, that’s ok. You’ve probably been working on your craft as a singer, songwriter, or instrumentalist for years before you set up a home studio, right?

So, really the first priority when setting up your home studio should be to start with what you’re good at. If you’re a singer, just learn how to record high-quality takes, add your harmonies/background vocals, adlibs, etc, and learn how to export ‘dry files.’ Processing isn’t really even a necessity in most cases as producers that hire you to sing will want to do their own compressions, EQ, reverb, etc. You do not need a 10k mic to get high-quality vocal tracks, you can literally do this on a $100-200 mic - that’s what I did! I just recently upgraded my mic not even a year ago because I wanted to, not because I had to. Don’t let the “I need fancy gear to get started” myth allow you to procrastinate. That's like saying you want a Benz for your first car, it’s ridiculous. Just stop it.

If you’re a guitarist, learn how to dial in your tones & pedals then come up with different parts that support a song both rhythmic/counter melodies, hooky riffs, and leaning more into guitar production. You get the idea. Take what you’re already good at and learn how to record it so you can be an ONLINE SESSION MUSICIAN.

The truth is there are thousands of people on the online marketplace looking to hire home studio pros and you’re leaving money on the table by not learning these skills. There are people who are doing this online -- major label producers, people who have produced for larger acts, session singers who have sung on those types of things as well. So, it’s easy to go online & say “oh, I could never do that.” STOP IT! That is bull$hit. That is BULL$HIT! They have their audience that they are serving, just as you have one you could serve as well. Don’t get it twisted though: This is assuming that you’ve mastered your craft as a producer, as a songwriter, as a singer, guitar player, as ‘a whatever it is that you are going in to find work for.’ If you have mastered a skill there is a client out there for you. Not everyone can afford Beyonce’s background singer.

I was talking to a friend recently who’s actually been a major publisher. He started one of the first major publishing companies in Nashville and now runs a few different online companies to help independents get their music out there and he said to me “whenever artists ask me how they can get ahead in this business I tell them, LEARN HOW TO PRODUCE! It’s the only way to compete.” And frankly, I couldn’t agree more! There are too many great musicians out there, too many great singers, songwriters, guitarists, etc. There is no shortage of talent in this world, the bar is set so incredibly high nowadays! With modern technology making it so accessible & easier than ever, there’s no excuse.

Back in the day, you needed a record label to fund the commercial studio, now the doors have been kicked down and anybody AND I mean ANYBODY can make records on their computer. I know of an 11-year-old who is crushing it on Logic Pro X

Right now we’re in the middle of a global pandemic.  People are losing their jobs left and right, struggling to find jobs or retain them. This includes the gigging musicians & my heart aches for them, but you know who’s still surviving? Studio musicians that can engineer themselves. If you can record yourself, you can make a living. Because if I can do it, I know you can do it too! 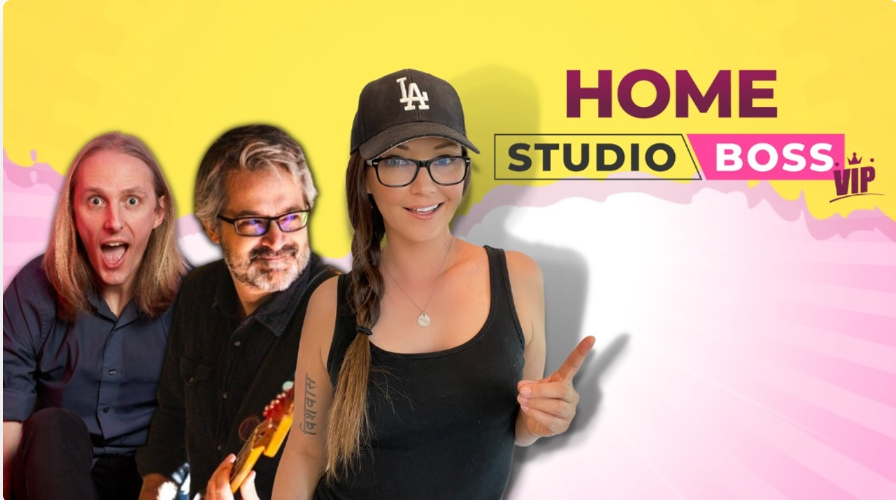 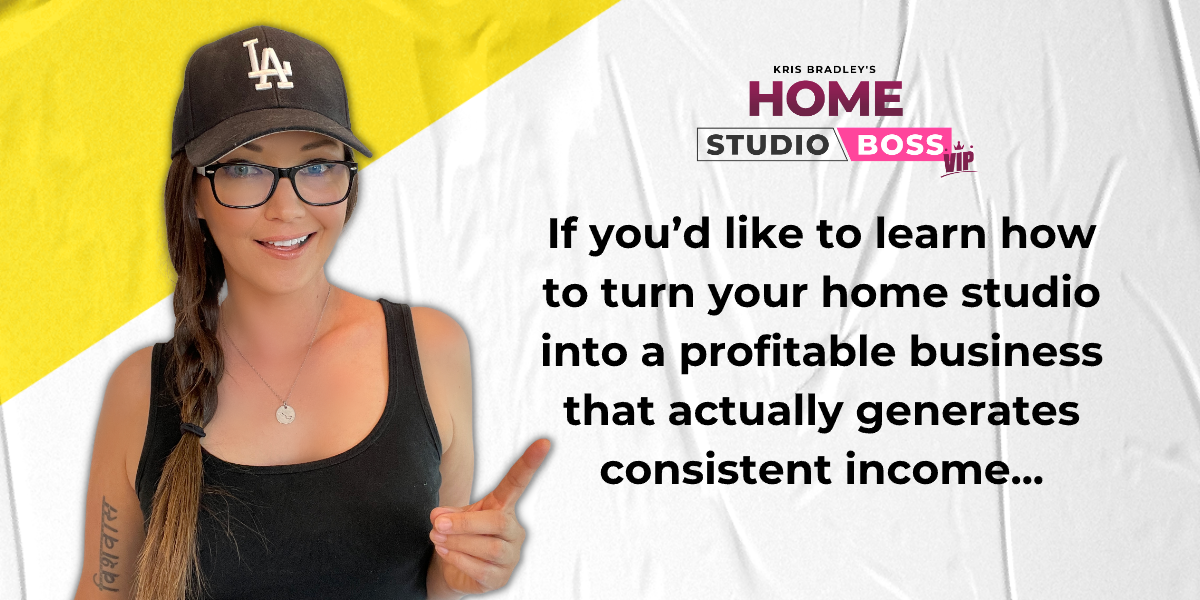